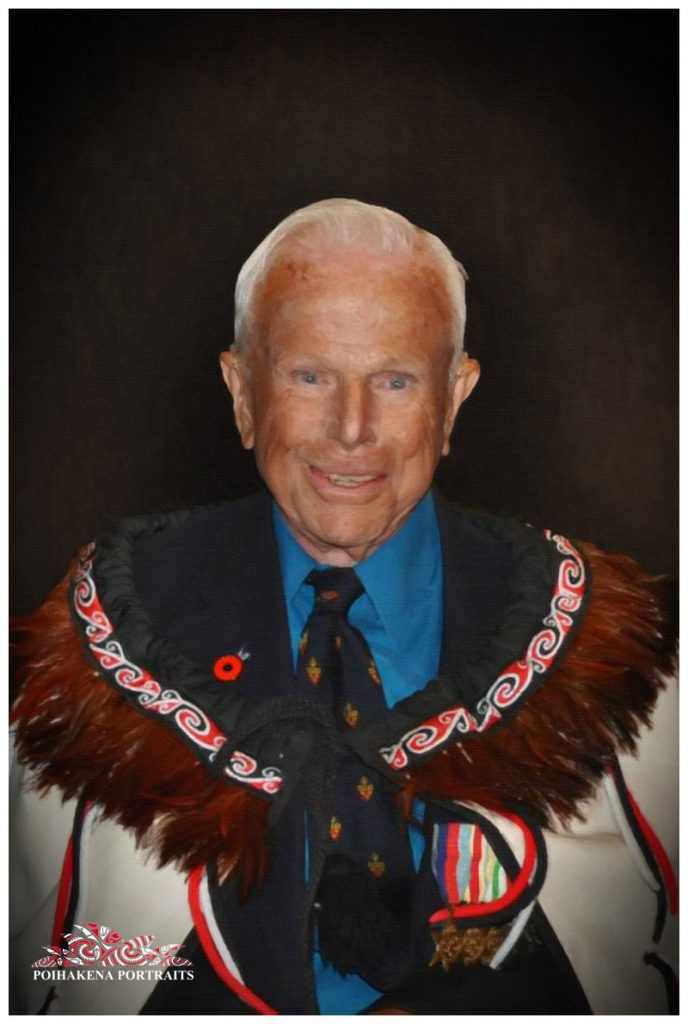 This portrait was created from an image taken by Greg Makutu

Maj Bob Wood enlisted in the NZ Army on the 3 October 1939 and was discharged on 28 December 1946, six years and 361 days of loyal and dedicated service to the NZDF.  However, almost all of his service was served overseas in Egypt and Italy during the period January 1940-February 1944. Maj Bob Wood spent some time in POW Camp 47 during that period, he then Maj Bob Wood spent a further two years in Egypt and the United Kingdom during the period June 1944-June 1946.

We know that POW Camp 47 in Modena was mainly for Officers from New Zealand, and we can find out what it was like for Maj Bob Wood as a Prisoner of War in Italy because he published a diary which detailed his journey from the time of his escape until his return to Italy.

What wasnt commonly known is that Maj Bob Wood also served time in POW Camp 78 in Sulmona, although we do not know exactly how much time.  POW Camp 78 at Sulmona served as a POW camp in both World Wars. During World War I, it housed Austrian prisoners captured in the Isonzo and Trentino campaigns; during World War II, it was home to as many as 3,000 British and Commonwealth officers and other ranks captured in North Africa. This camp remains intact.  In September 1943, as the Italian government neared collapse, the inmates of Sulmona heard rumours that the evacuation of the camp was imminent. They awoke one morning to discover that their guards had deserted. On 14 September, German troops arrived to escort the prisoners northwards, to captivity in Germany, but not before hundreds of them had escaped into the hills.

Maj Bob Wood was an Intelligence Officer in the 19th Battalion of the 2nd NZ Expeditionary Force.  The 19th New Zealand Battalion and Armoured Regiment served overseas in Greece, Crete, Egypt and Italy. It was one of the first units to leave the Dominion, and it did not return home until the Axis powers had been defeated.

There is a lot written of the 19th Battalions role in WWII and one of the Commanding Officers Maj Blackburn was also a Prisoner of War with Bob.

Whilst the 19th Battalion suffered many casualties and in Italy alone, eight (8) Offrs and 35 ORs were KIA, 28 Offrs and 169 ORs were WIA and/or POW, the 19th Battalion as quoted by Deputy Constable and Lieutenant Governor Bernard Freyberg, fighting first as infantry, then in tanks as an armoured regiment, served with distinction in WWII with one of the soldiers Tpr SE Lawson receiving the Distinguished Conduct Medal, second only to the Victoria Cross.

As told by Greg Makutu

The Youtube clip below is of Major Bob recounting some of his experience.