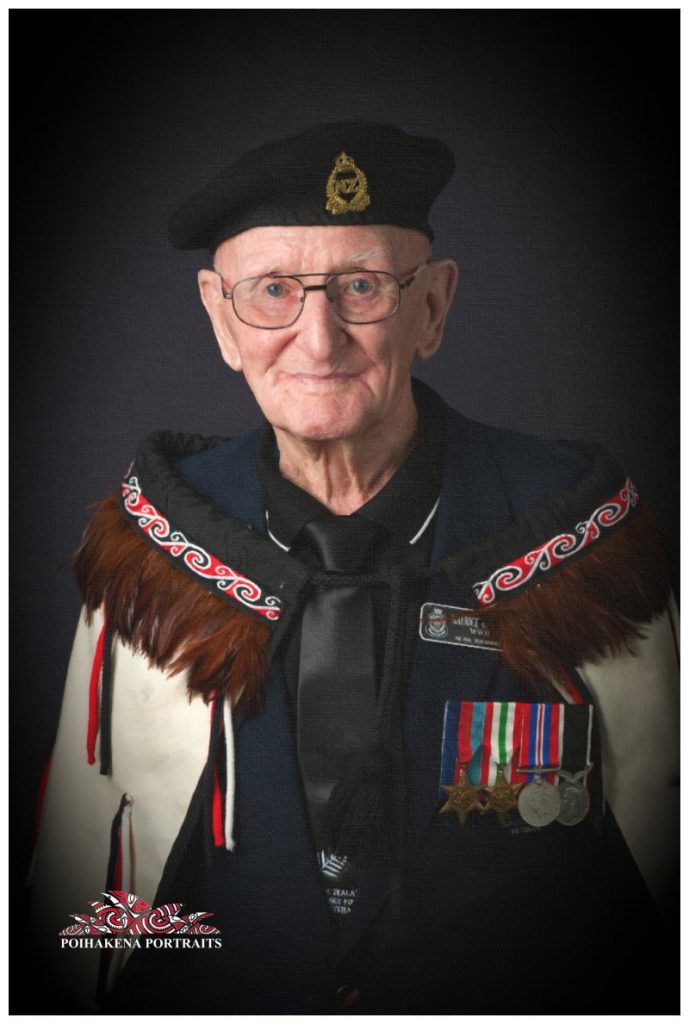 After sixteen months of service and at the young age of 25, Maurice joined the war with the NZ Army Service Corps, 2nd NZ Divisional Ammunition Company from the 14 May 1943 to the 13 January 1946 in Italy.   After the war, and on his return to NZ, Maurice took his release from the Army,  on the 28 March 1946, a total of four (4) years and 80 days of loyal and dedicated service to the NZ Defence Force.

Whilst reflecting on Maurice’s service, there are a number of significant life events that Maurice experienced:

First, Maurice served four (4) years and 80 days in the Army but almost three of those years were in the war.

Second, Maurice served in the Italy campaign from May 1943 to January 1946 and therefore was in Italy at the time the war ended on the 8th of May 1945 and in the country that the war ended because Italy was where the Germans surrendered.

Third, no other campaign, during WWII, cost more than Italy in terms of lives lost and wounds suffered.

To find out exactly what Maurice did in the Army Service Corps during the war, apart from storing, accounting, distributing and maintaining the Army’s stocks of Ammunition, is difficult because whilst there are numerous books and articles on the infantry and armoured units, there is only one book that comprehensively details the history of the Army Service Corps. This book is titled ‘Salute to Service’ and covers the years 1860 to 1996.  And as a past Army Service Corps member myself, I was delighted when the book was published in 1997 because the Army Service Corps has had a long and distinguished record of service in the NZ Army.  From the early days of horse and mule, bully beef and biscuits, jerry cans and earth ovens, to an integrated logistics system in the information age, the Army Service Corps has provided support in transport, catering and combat supplies and movement control, in war and peace both in New Zealand and around the world.

Nevertheless, Maurice along with 15,000 troops, trainloads of equipment and 5000 vehicles, with their arms smarting from inoculations, safely made the four day crossing to Italy from Egypt, in 48 ships. Sadly, a later sailing resulted in 17 ships sunk by one aircraft and a lucky strike on an ammunition ship effectively caused the remaining fleet to be sunk.

Upon landing in Italy it was onto Monte Cassino, over rough broken country followed by narrow, winding roads with treacherous surfaces and steep drops on each side. Trucks carrying troops and ammunition got stuck in ploughed-up ditches, narrow one-way bridges and deviations and swollen mountain torrents.  Yet in spite of the many difficulties the Army Service Corps operated better in Italy than it had in Egypt although for Maurice, his ammunition company was located closer to the front line.  However, the Allied forces had air superiority which helped ease the tension allowing Maurice and his comrades to focus on getting the ammunition to the troops and tanks on the front line.  This was also difficult as vehicles could only travel part of the way and at night the Germans shelled any lights they saw, so after dark, mules carted the ammunition the rest of the way.  As the campaign increased in intensity and subsequently, troop numbers increased so did the number of vehicles carrying ammunition to the front-line.  The rains also created a problem for the vehicles picking up the ammunition as their weight caused them to slip and slide on the muddy roads and as a result crashes were quite frequent.

I remember in one conversation with Maurice he mentioned that one vehicle crash caused an explosion in the ammunition company and as such he and others had to run for their lives.   Some of his comrades ran over the hills and straight into Germans.

That particular explosion was photographed and is part of the War History Collection at the Alexander Turnbull Library.

For services to the NZ Defence Force, NZ WWII (Italy) Veteran 82871 Cpl Maurice Borland was awarded the 1939-45 Star to recognise Maurice’s service in the Second World War, the Italy Star for operational service in  Italy, the War Medal 193-45 as a British Commonwealth member in the Second World War and the NZ War Service Medal for services to the NZ Armed Forces during the war.

Written as provided by Greg Makutu