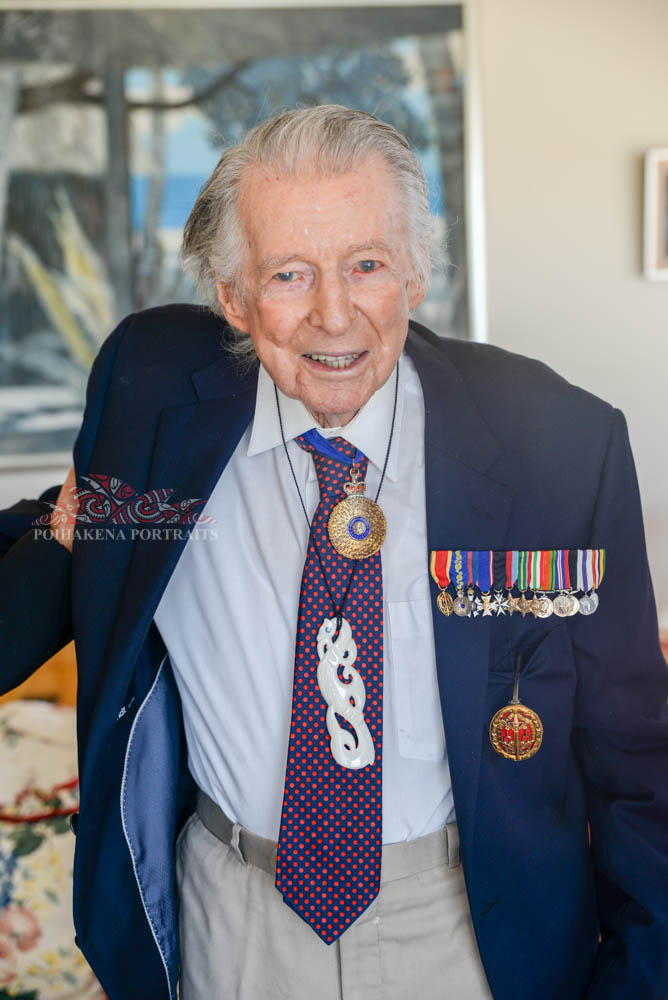 Gareth & I are closely tied to the NZ Veterans in Australia. We first photographed the ANZAC day March in 2014 and did so again in 2015. It was at this event and others held in the community that we came to know Greg Makutu, Ron Haira and the WWII Veterans. It has been a pleasure to know these gentlemen and their energy for life despite being in their 90s has inspired me to get up and going when i often feel least like doing so.

On this day we paid a visit to NZ WWII Veteran Sir Ian Turbott AO CMG CVO Hon.D.Litt(UWS). He has been unwell recently and we visited in an effort to cheer him up. The Veterans had a gift for Sir Ian and Gareth presented a Taonga from Bret & Audrey Martin of KreatioNZ Taonga. He was very moved by the gift. 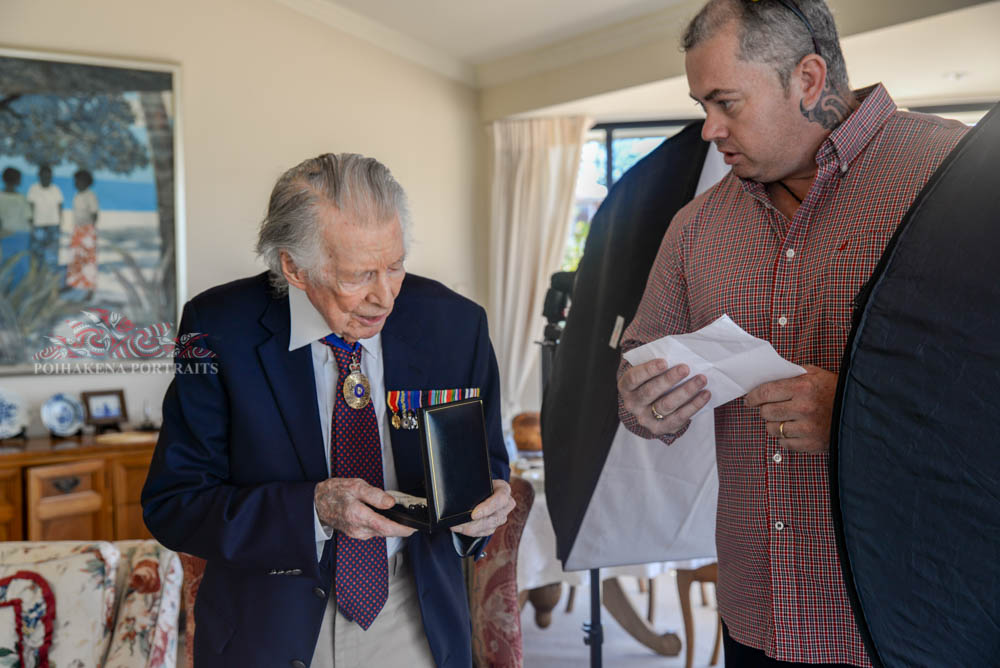 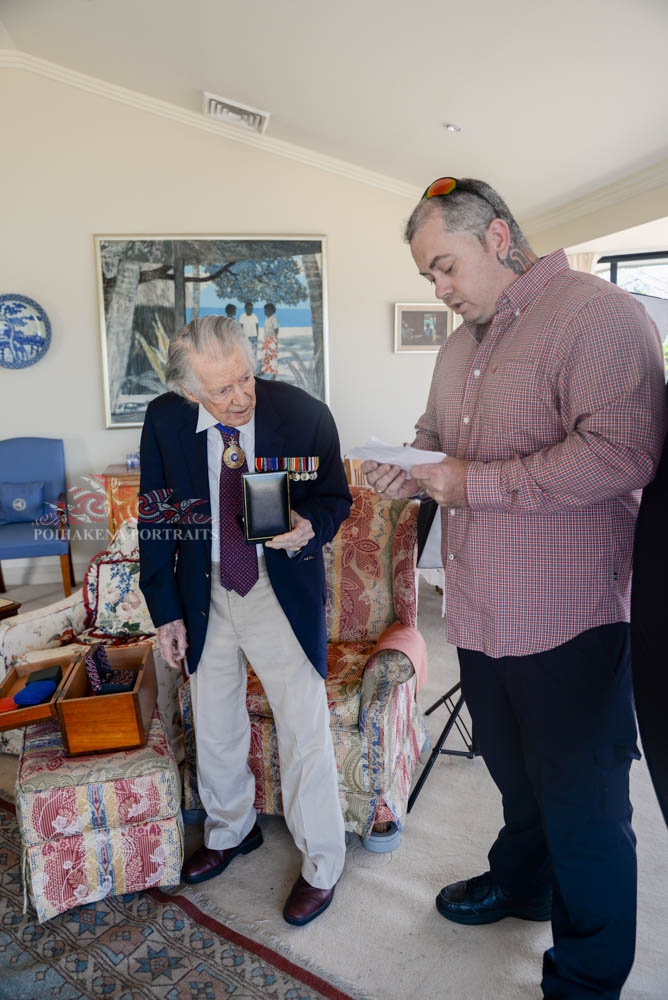 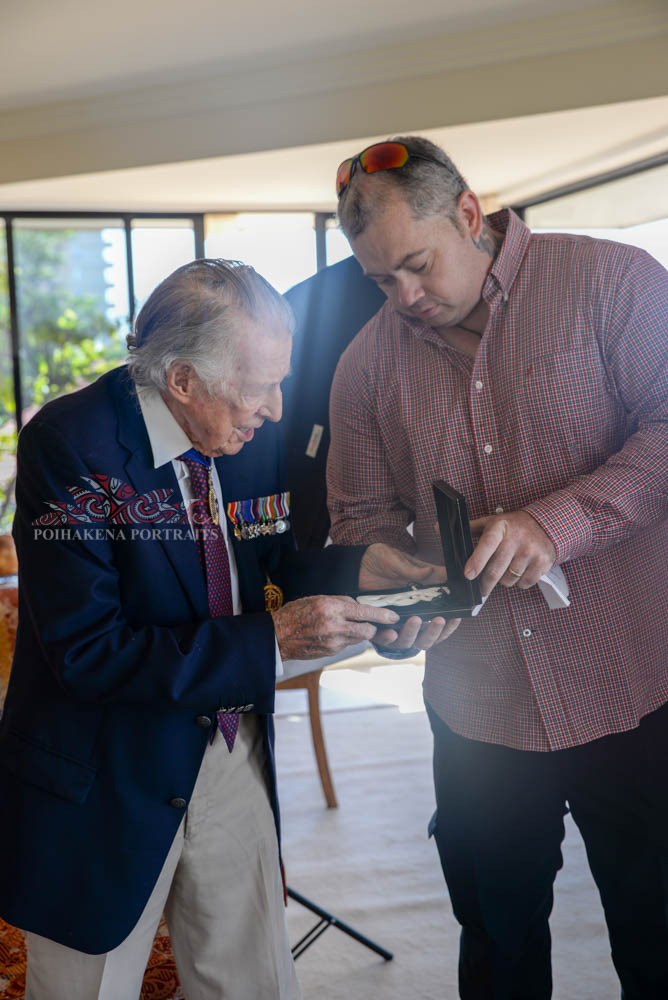 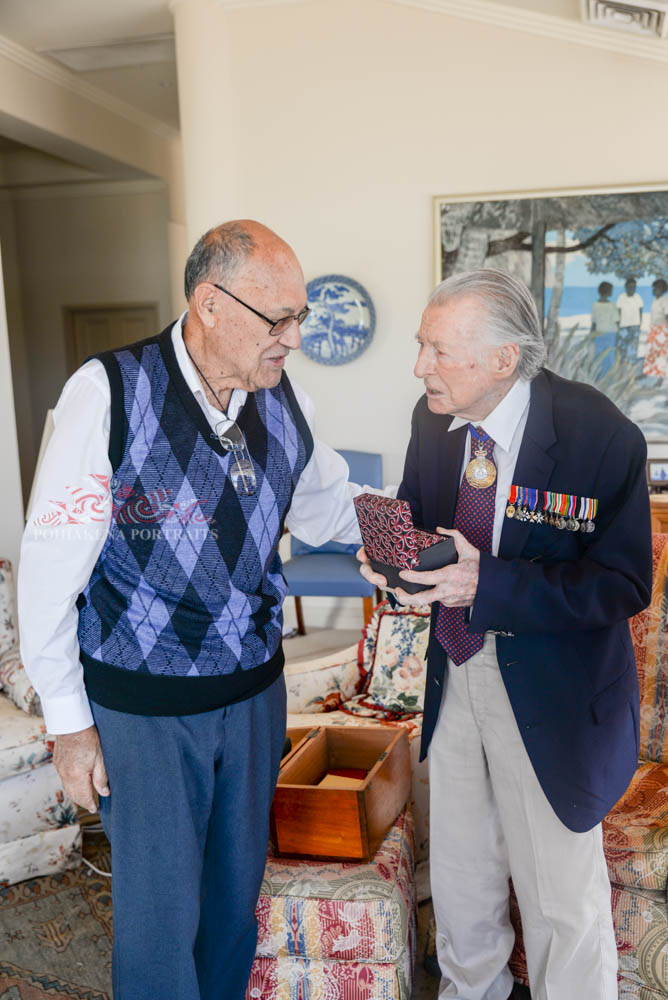 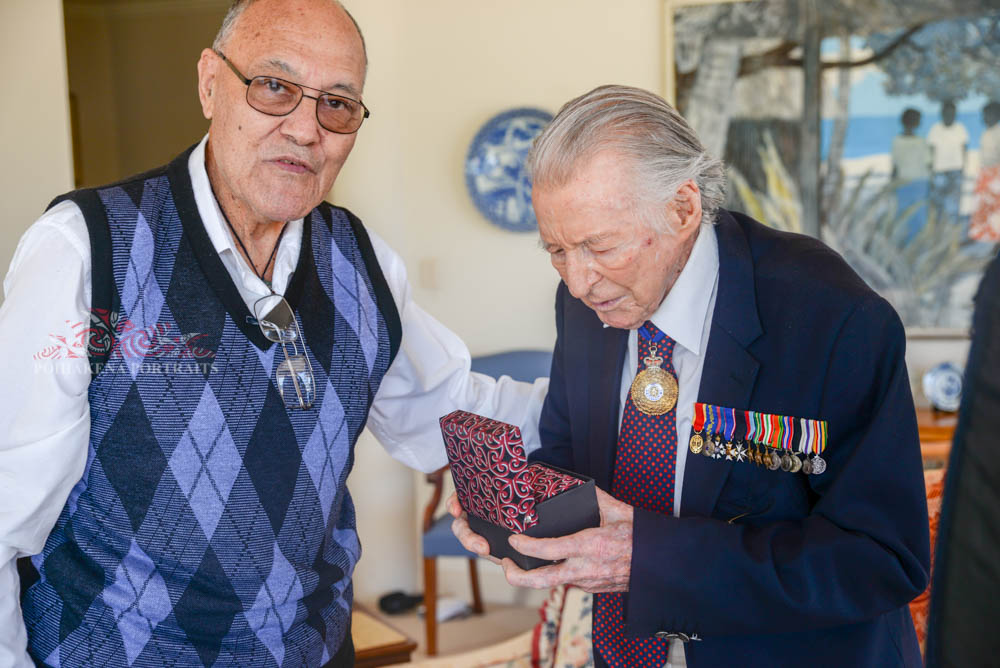 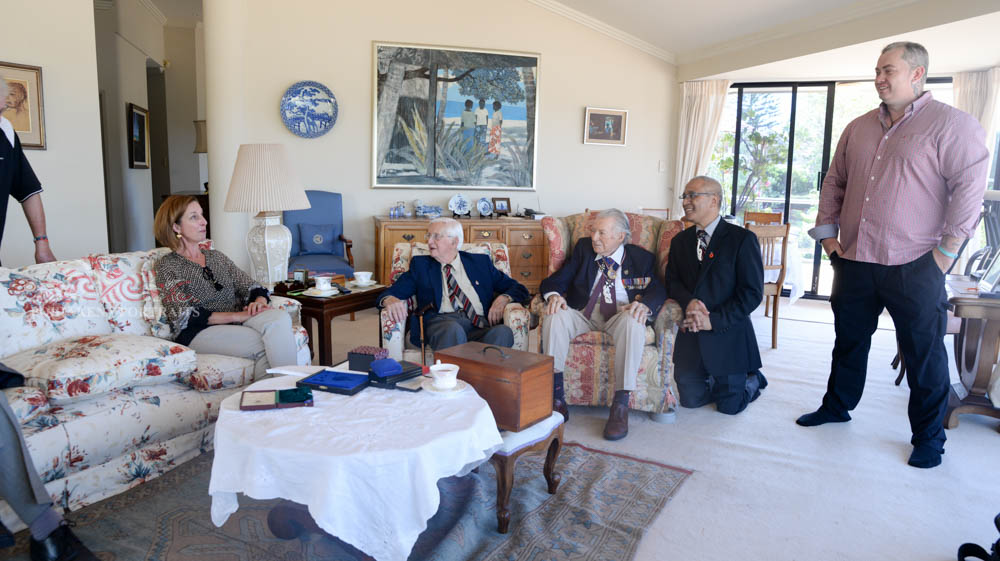 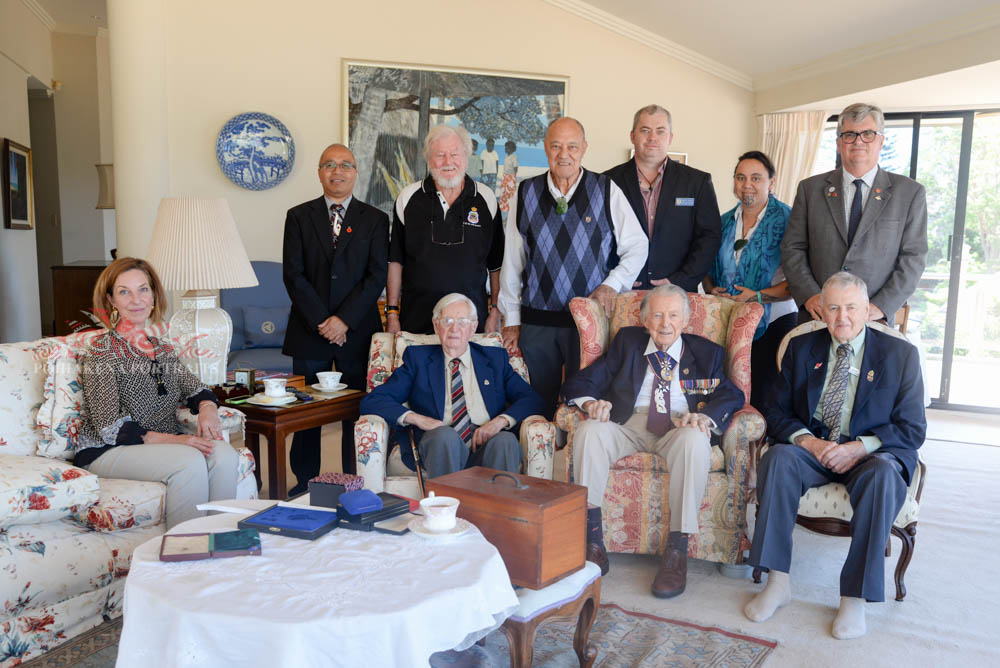 While we visited with the Veterans Gareth and I were invited to take Portraits of the Veterans. See their Portraits in the Gallery below